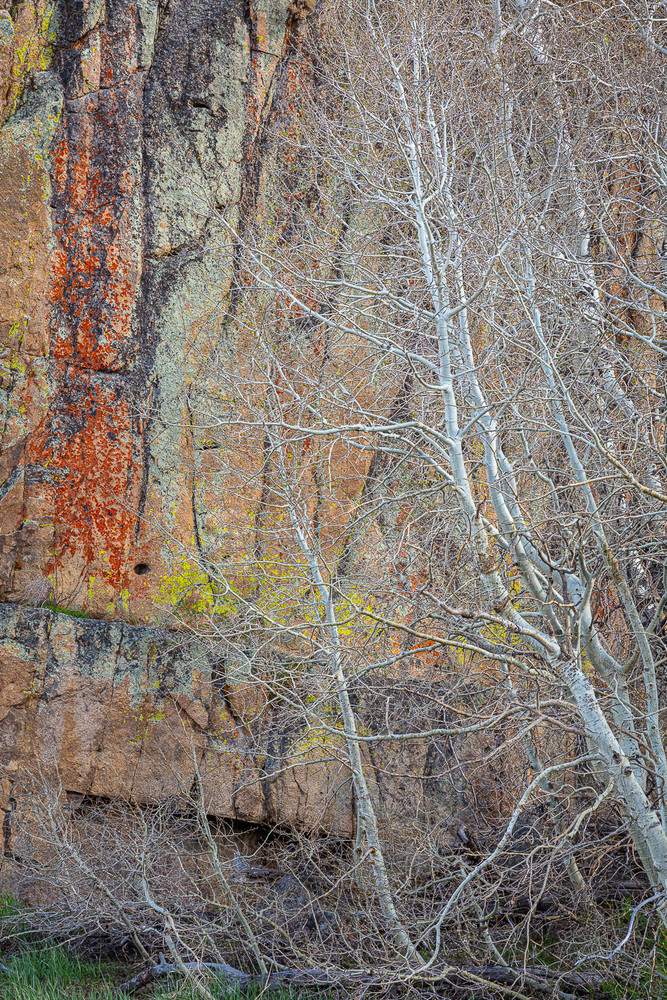 Onset of Spring, Aspens along the Highway

I was thinking of mentors the other day. Galen Rowell was a big influence in my life, first in climbing, and then photography.  He was always a wonderful supportive friend, and I still miss him and Barbara. He used to call our relationship active mentoring, but there is also silent mentoring - a way to be mentored from afar. Galen always said that David Brower was one of his “silent mentors “. Amazingly, even though they both lived in Berkeley for their entire lives, they never became friends. Christopher Burkette was a silent mentor for me, although I never met him.  His carefully done photographs eventually made an enormous influence in my work. I first saw his work in a Camel gallery in 1991 where he was showing beautiful Cibachrome prints - always glossy, but so very subtle at the same time. He was extremely interested in middle-ground scenes - not the grand landscape nor the closeup world, but a vision with no horizon and few close-up details, generally forests of Aspen with a hidden detail of a canyon wall.

Driving back from the Bay Area recently, I stopped yet again to look at a small aspen grove in front of a canyon wall with amazing lichen.  My nascent vision of the natural world began in the early 1990’s by observing scenes such as this.  I had looked at this very scene hundreds of times over the course of thirty years, even hiked over to the spot occasionally, but I could never figure out how to photograph it well.  Fall colors - too confusing; light snows - not enough contrast.  None of my ideas worked until it finally happened on that drive home from UCSF last week.  It was the right time! Soft light on the canyon wall and just enough contrast to light the leafless white aspen trunks. I made two compositions – I believe this one is the strongest. Let me know if you would like to see the other version.

Sunset along the Westside Highway