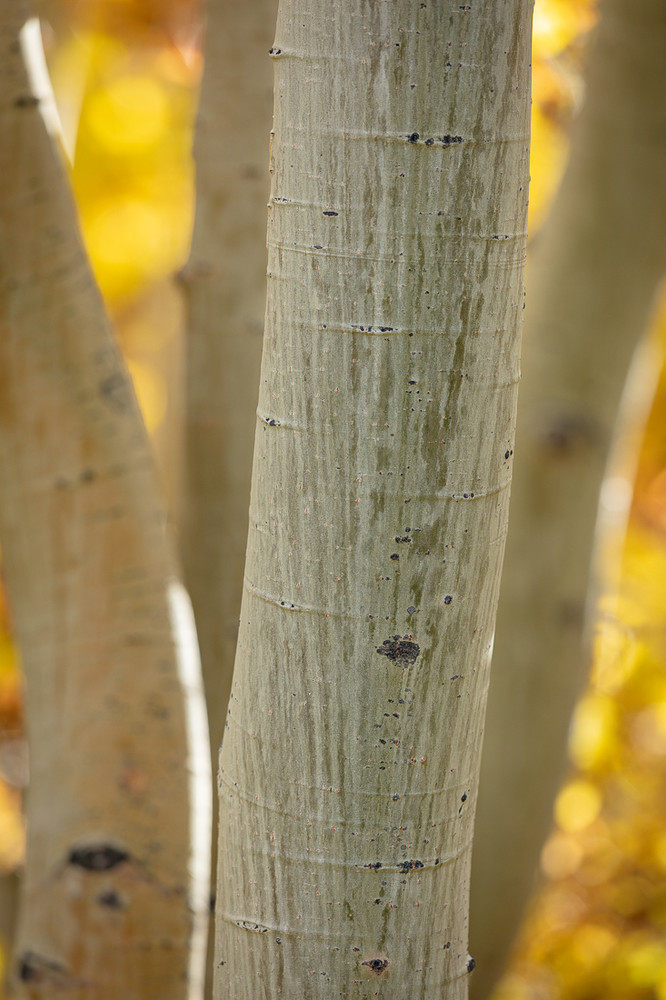 A Hidden Aspen Grove near Mammoth

Autumn is magic here in the Eastern Sierra. The season usually begins by the middle of September and lasts until the second week of November. 2019 was a huge, almost ugly winter. The spring color change was late this year as the snow didn't really stop until late May. I have seen Lupines still trying to bloom in September! Because of the late winter snows, the autumn did not really start until the end of September, and in early October we had a serious cold spell which browned out the colors in the highest locations. That was a bummer for me, since many of my preferred spots are high in Rock Creek and in Bishop Creek Canyon. But that's the way photography works out. I was scouting yesterday, and the lower colors are just starting to shift.
Here’s another capture from the Autumn of 2019. I made this one while my students were off shooting their favorites in one of my secret spots near my home in Mammoth. This image had been formulating in my mind for years, it seem that eastern Aspens rarely grow into the famous thin straight trunks that appear in other mountain ranges. I had tried a few times with my older 70-200 F4L lens (It’s a great value from Canon), but this image really required a longer superb lens than my usual selection. Mammoth Photo Weekend provided a great time for clients and instructors. There was one of the famously sharp Canon 300MM F2.8 available from a good friend, it was perfect.

Hidden Cabin in the Aspens