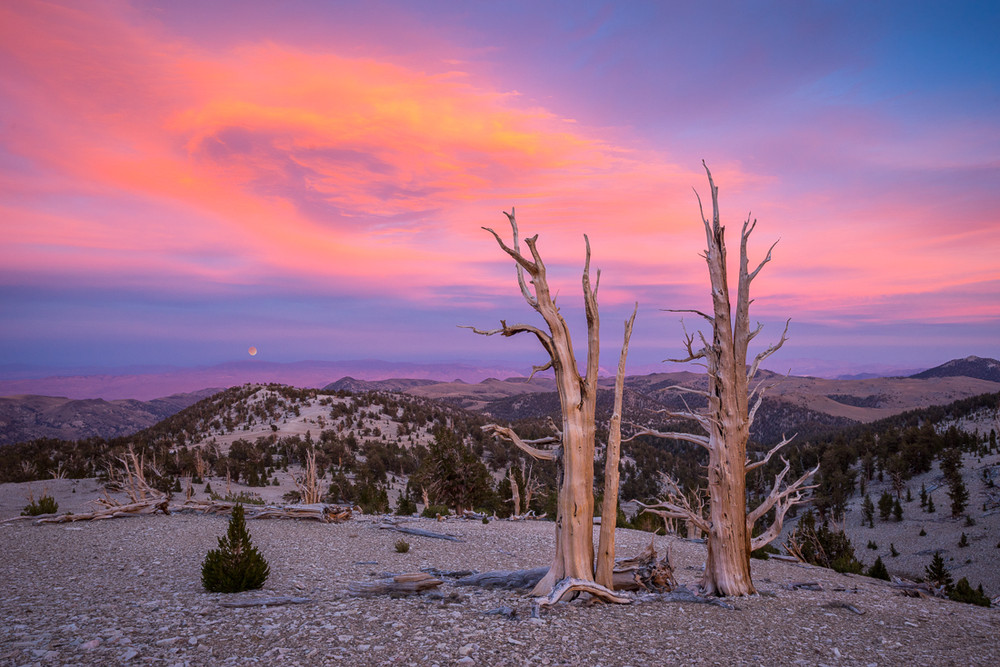 Margaret, Dylan, and I made this image in September 2015, high in the White Mountains east of Bishop. I was unsure of what location here in the Eastern Sierra to use for this idea. Here on the West Coast, the full moon was rising just before the total lunar eclipse. It was not quite a once in a lifetime shot, but my sixtieth birthday is fast approaching, and one has to consider that I might not see this situation again! I rented a fancy Canon 100-400L lens just to be sure I was ready. Luck favors the prepared!
I have learned to trust the intuition of my grown children these days. Dylan and Sabrina have watched me make my best photographs for many, many years. I might have first thought of the Patriarch Grove last week, but once that idea was "out there", Dylan was insistent that the Whites was the correct location. We had scouted this location way back in 1994 when he first started kindergarten. And he was really correct! As far as I can tell, most other eastern Sierra locations had a deep cloud layer which obscured the moon. Here, at nearly 12000 feet, we had a view which extended far out into western Nevada. The sunset itself was truly amazing, the moon was hidden behind wispy clouds, but still visible for a few seconds during the evening.