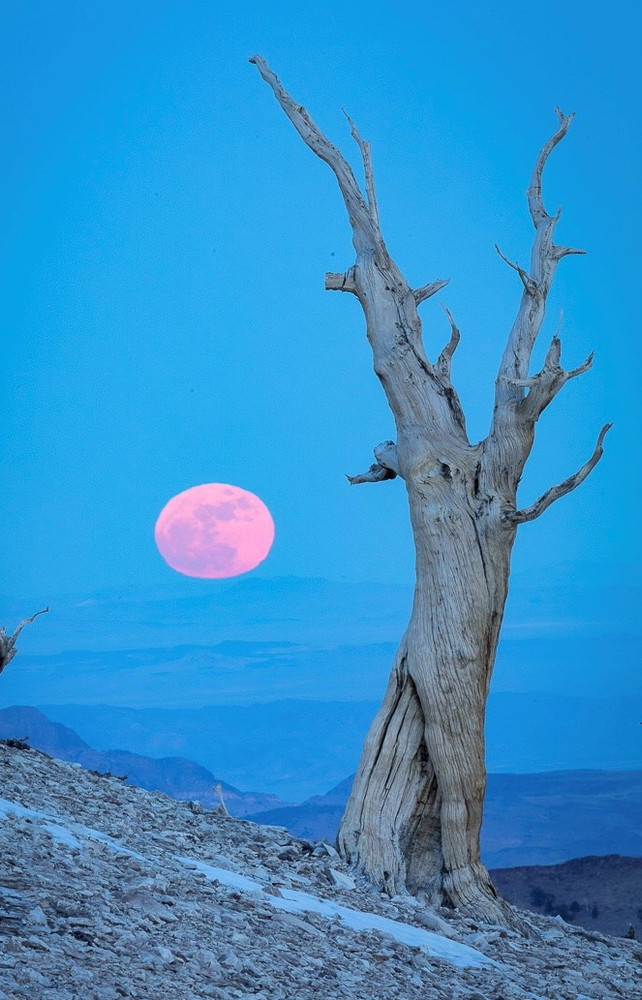 Late in 2017, I looked at the moon schedule for 2018. It was a wonderful surprise to see there was a Super Moon moonrise on January 1. My daughter, who is now a senior at Yale would be home, and I knew she would jump at a chance to watch the event.  I was apprehensive on the drive to the Patriarch Grove. The Grove is 21/2 drive from Mammoth, I had borrowed an unfamiliar long telephoto lens for the attempt (there were many depth-of-field issues), and I had no scouting done for that lens which would accommodate the rising moon. We arrived with barely any time to spare late in the afternoon. We found a possible location, quickly setup the camera, the moon rose a few minutes early - and were blown away by the moonrise. I had never seen such an amazing sight in my lifetime. There was about a minute of incredible purple light. The Grove is so high that we were ABOVE the rising moon, far to the east in Nevada. A gorgeous arrival of the New Year!