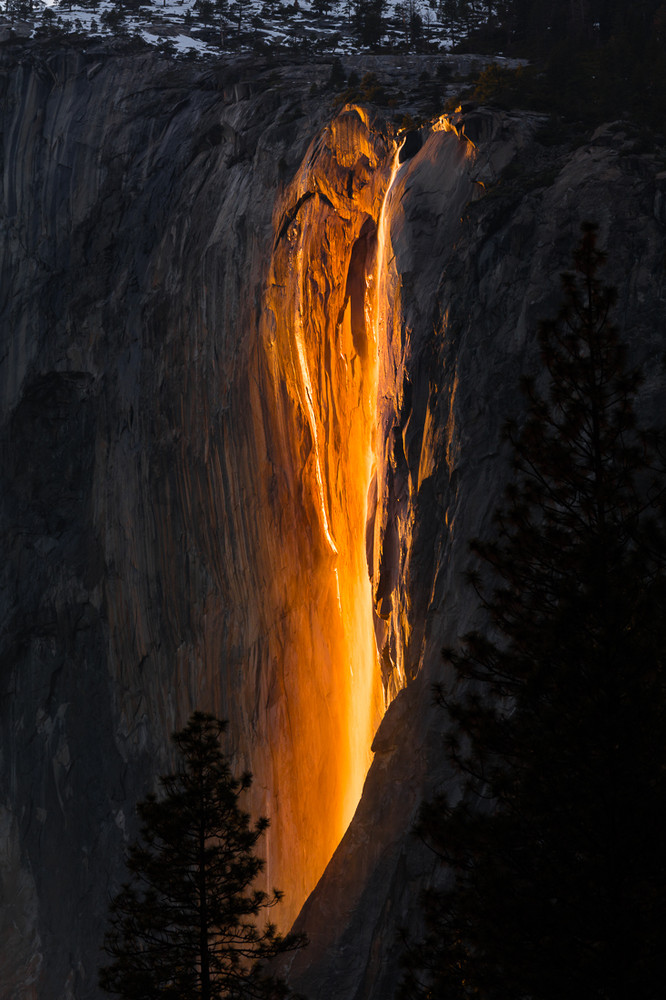 I was in Yosemite Valley, way back in 1973 when my good friend and mentor, Galen Rowell, made the first shots of Horsetail Falls at sunset. We met for a beer later that night, he was thrilled that he had made a career image that afternoon. (Remember that this was years before the digital age.) I made  an attempt to make my version in 1978, but my skills were not up what Galen was doing all those years ago! After that session I never tried working on Horsetail Falls again, it seemed proper to leave that image to Galen. Now in 2016 there are hundreds, maybe thousands of photographers on hand each afternoon during the latter part of February. I finally decided to make the long drive with a workshop student, turned into a good friend this year. We were onsite at about 1PM, there were hundreds of photographers already setup! This is my best image of our multi-day excursion.