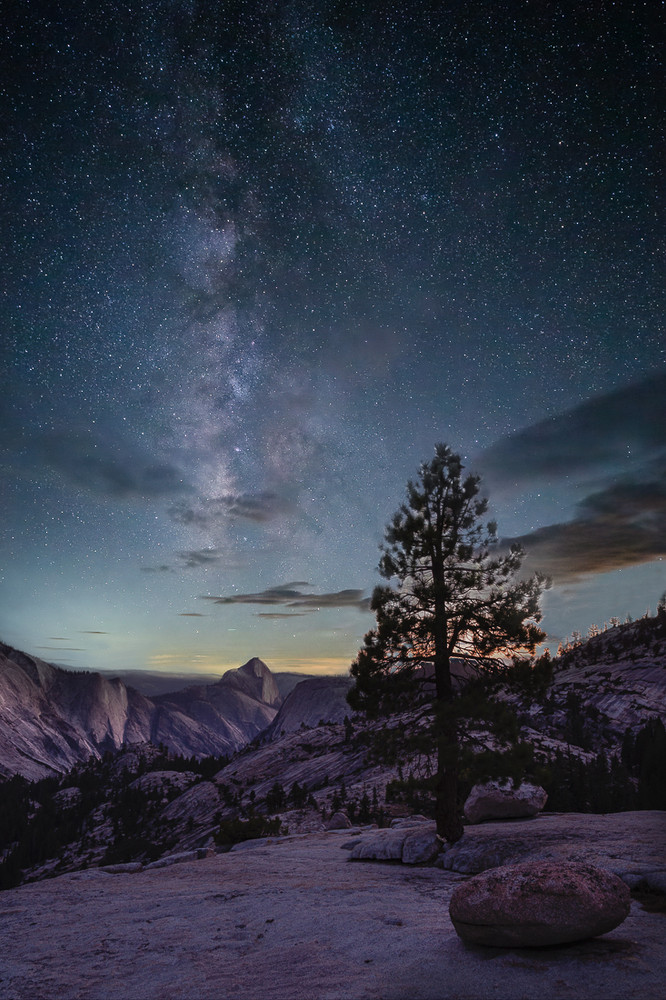 The Essense of Tenaya Canyon

I prefer to work Milky Way shots in late summer or early autumn. As I get older, getting regular sleep is an issue, and the Milky Way rises much earlier in the night in August than it does in early summer. This location is above Tenaya Canyon in Yosemite. It’s a spot I have worked for years, and the webpage has several different images here that I’ve taken to completion. Even so, I was always stumped on a Milky Way shot.

A new Milky Way image needs special attention in a few different ways, even at a “mature” location. This year during a mediation, my mind drifted to a new concept, which included the foreground during Blue Hour, followed a few hours later by the sky capture. There was still light in the sky when the Milky Way was in the correct location, and as I have experienced previously, the light after the New Moon can be just amazing with the correct composition. It can light up the foreground like magic, while still being dim enough for the stars to come through across the sky. Running with this as a Milky Way shot was a new concept for me, and I hadn’t realized the full potential until the Milky Way began rising. I’d been sipping a bottle of Chardonnay while waiting for it, but sobered up when the potential of this image hit me. I am quite pleased with the results.

Canyons of the Eastern Sierra #4