This capture can only be described as breathtaking. Both of my adult children, Dylan and Sabrina, and myself agree that there was nothing to do except laugh with joyful wonder when we first saw these captures in the review mode of my Canon. I am so grateful that they were along--this night will never be forgotten. We were bivouacked at 14,000 feet in the Palisades in Kings Canyon National Park, and I have never seen the Milky Way so bright. The night was not really dark until 11PM. It was a good night to be both mindful and focused, as I doubt that I will ever see this setting again. I had always believed that this idea would be an essential part of my lifetime portfolio. Several years elapsed as I found one excuse after another to NOT make the hard trip to this location. Finally I realized that I was getting older, and that getting down the peak was becoming more dicey as time wore on. But I also knew that I was gathering skills each summer, too, so by 2018, all seemed to be a "Go".

A panoramic about an hour later. My kids are below. 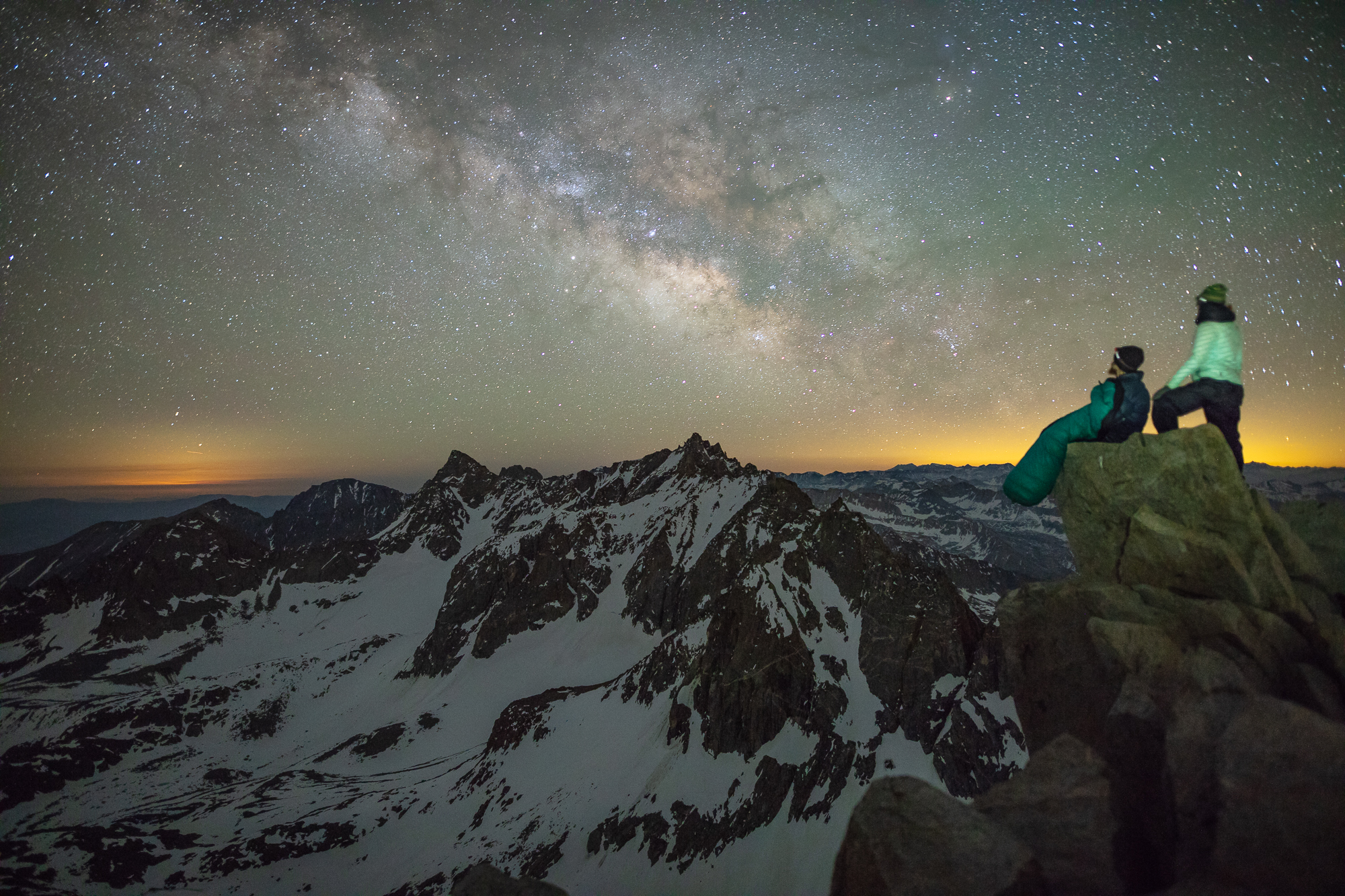 It was an incredible evening, though I wound up very cold and my kids were scattered about on the talus by morning. The shots below show the wreckage of the bivy. 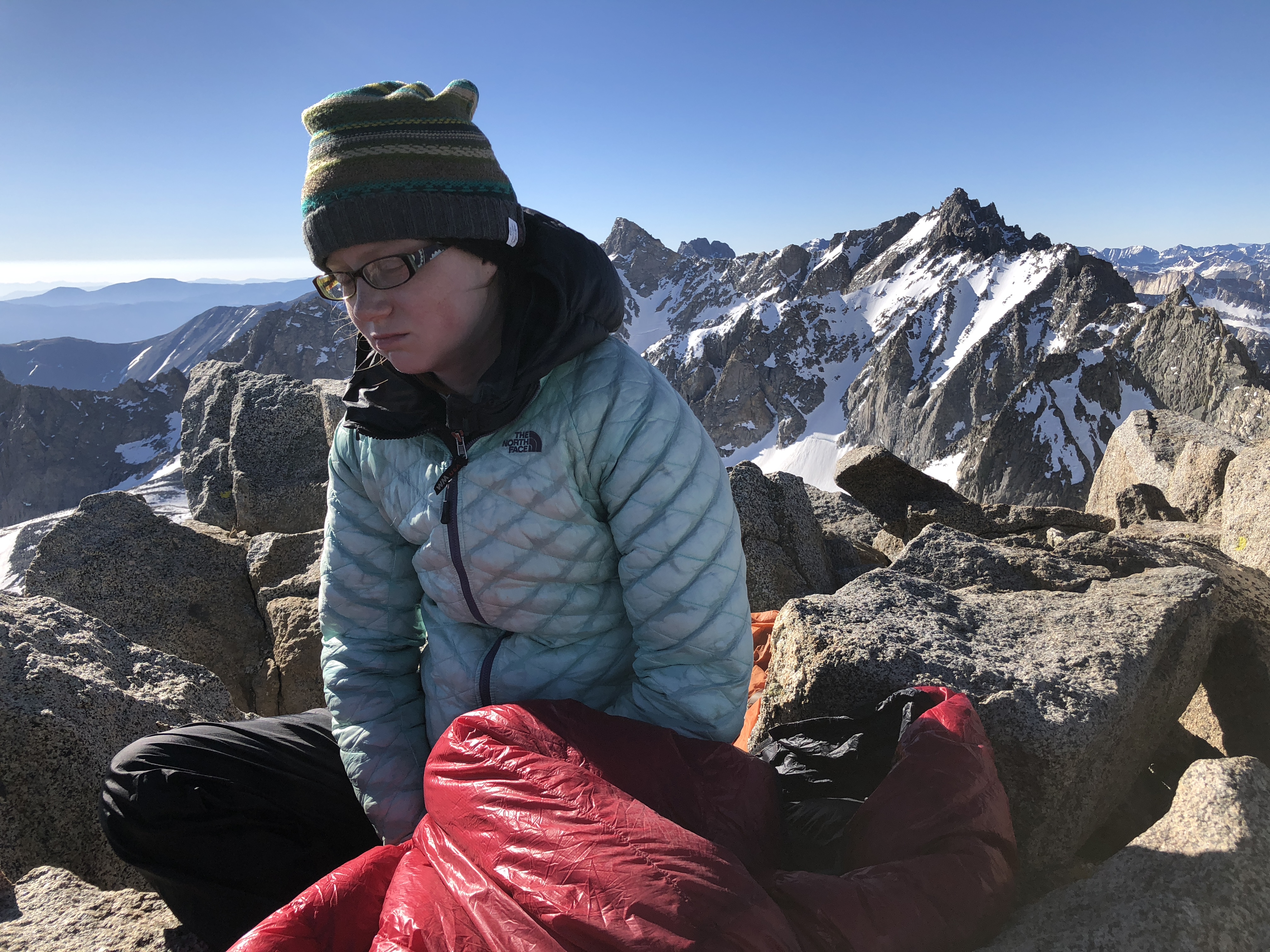 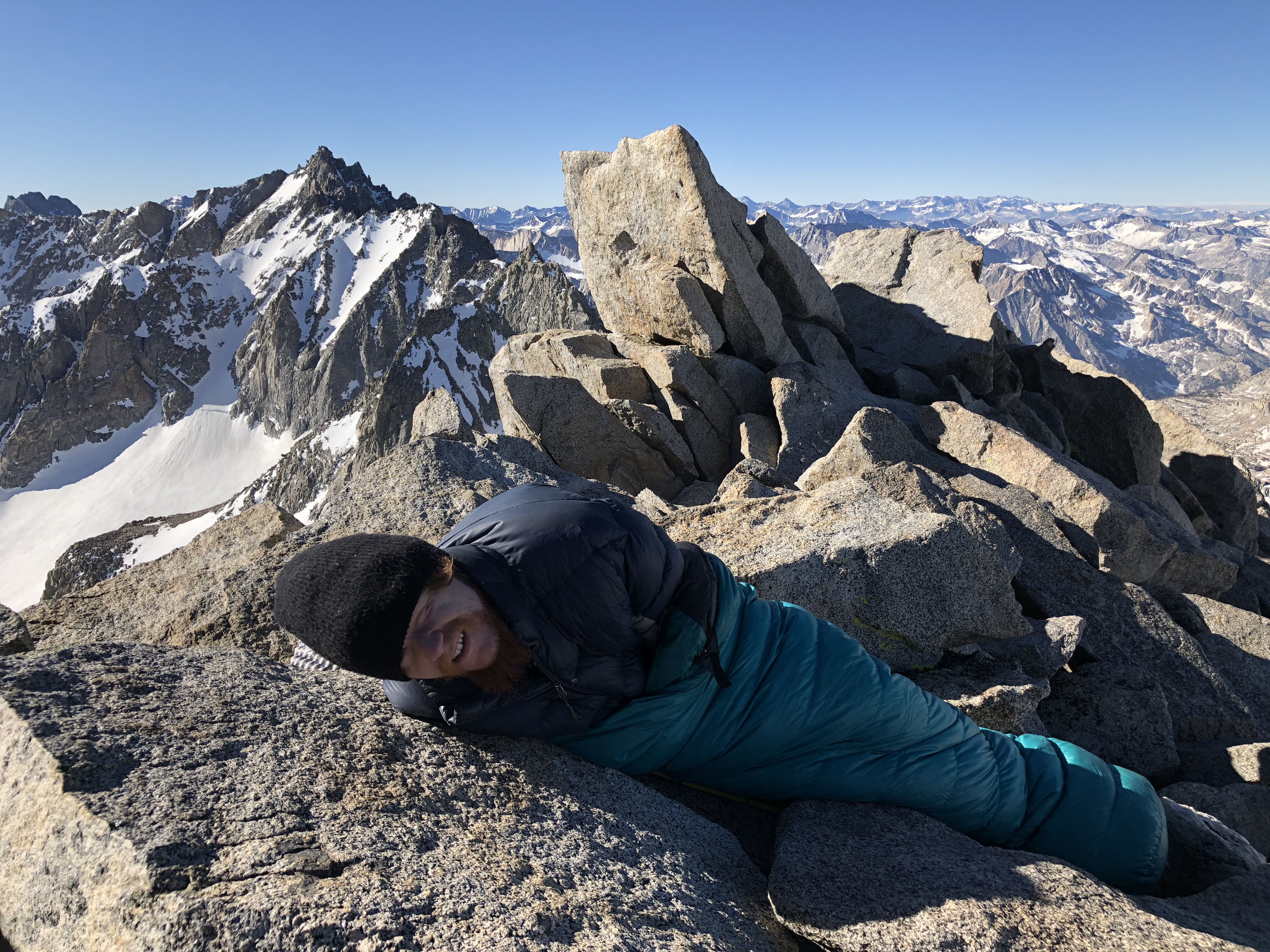