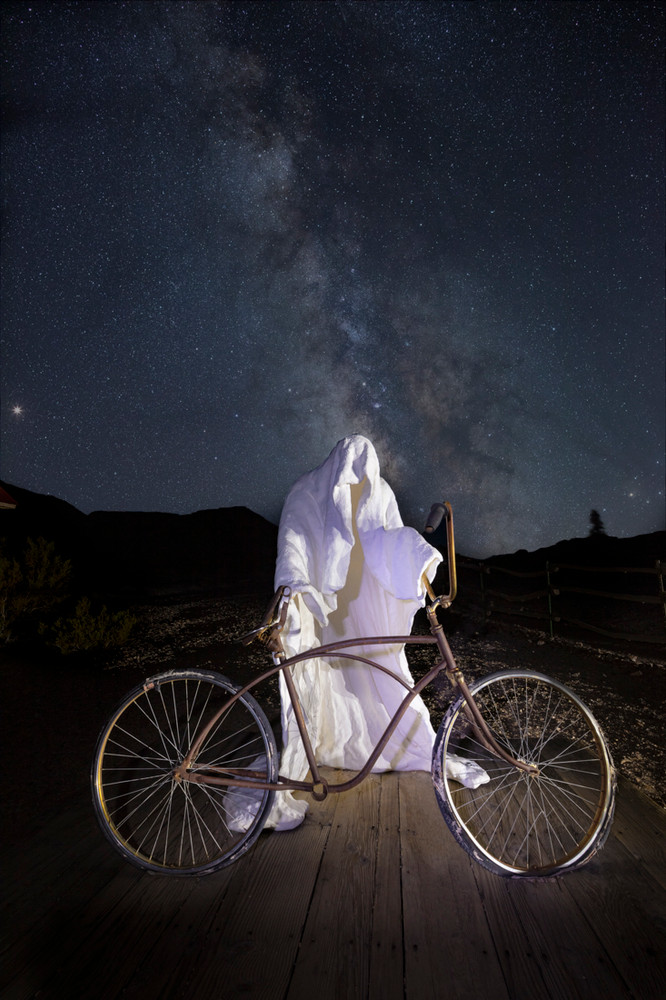 "Albert Szukalski, the Belgian artist created the site's first sculptures in 1984 near the abandoned railway station in Rhyolite. The sculpture, The Last Supper, consists of ghostly life-sized forms arranged as in the painting The Last Supper by Leonardo da Vinci. Szukalski molded his shapes by draping plaster-soaked burlap over live models until the plaster dried enough to stand on its own. In the same year, using the same techniques, Szukalski also created Ghost Rider, a plaster figure preparing to mount a bicycle."
I have photographed here several times over the years, and with good results. This capture is the best I have managed so far. The idea was NOT imagined ahead-of-time as most of my portfolio are conceived. I made note of this location earlier in the day. Somehow I had never seen the "Ghost Rider" before! I had finished shooting other possibilities, took another look, and realized that my car lights would light up the stature perfectly. A second exposure for the Milky Way finished the job.

The Charcoal Kilns of Death Valley