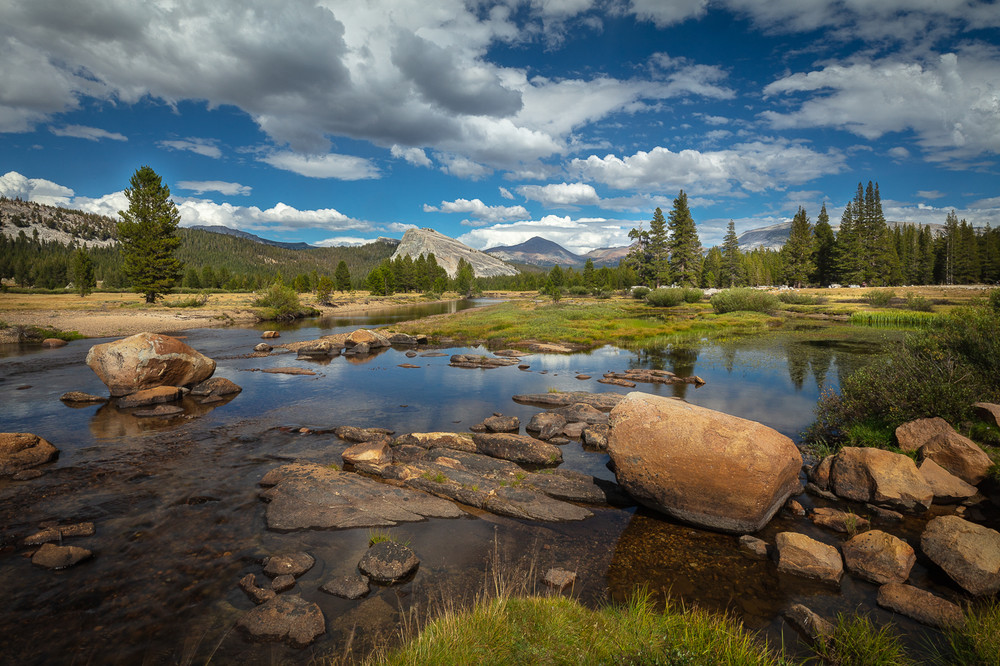 2020 was, of course, a bizarre year with COVID. I have been staying in Mammoth, and have taken several trips in the backcountry. Late in the summer, I realized that Tuolumne Meadows was not as “closed” as I believed earlier in the season, despite being in a national park. So, I began to take several trips to my beloved home in the Sierra. This capture was a combination of all that I learned in the summer of 2019, when I scouted the location a half dozen times. I wanted a natural image here that spoke to me deeply about my early memories in Tuolumne. In early August this year, we experienced a Sierra monsoon rain pattern, and I knew a cloudy day with the Meadows drifting in and out of patches of sun might be the perfect capture. It was just right.

Tuolumne Meadows and the Milky Way

A Moment in Tuolumne Meadows

Late Summer in the Meadows

The Last in Tuolumne Meadows