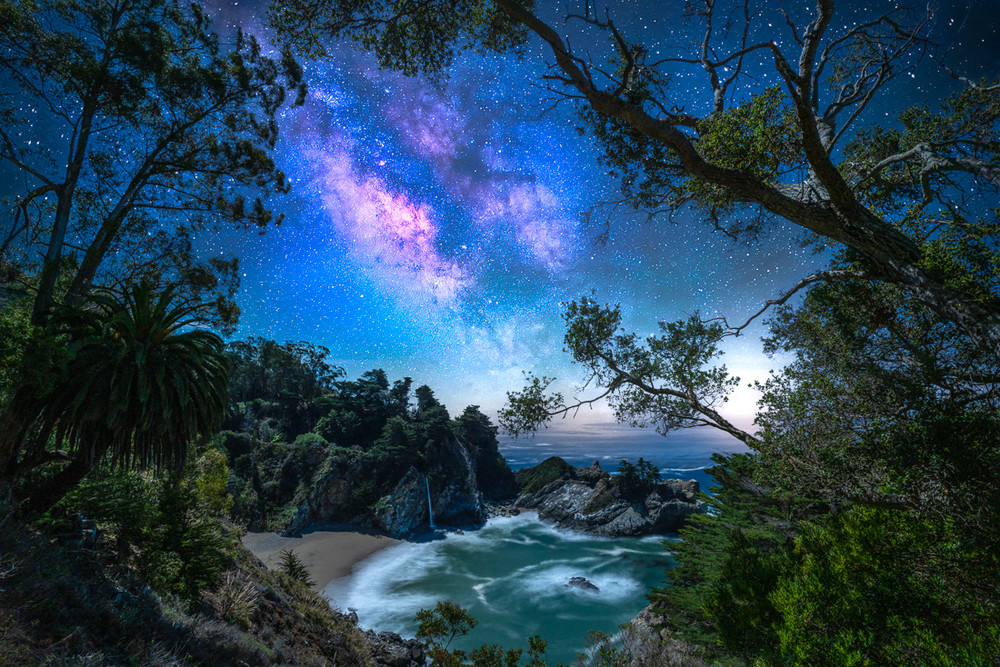 McWay Falls and the Milky Way

This captivating was imagined in the spring of 2015 when I was just learning how to shoot the Milky Way. I had only a basic training to accomplish Milky Way shots, not nearly enough for this idea. And I had an awful 14mm lens from somewhere. I have long since forgot! The lens was only good stopped down f13 or so. As time elapsed, during a long hiatus as Big Sur is hard to drive to in the right time for me, the possibilities were obvious. By 2020, I had the sky! But I needed a new Sony 16-35 to bring out the detail in the foreground. I had a great Canon 16-35 III for years, but newer Sony’s did not focus at all in dim light with the extender. I had tests for my brain tumor at UCSF in late December 2022, and I had a nearly full moon, and a clear sky between a series of winter storms. It’s possible to get this in one shot, maybe in August, but the chance of a clear night is rare. And I love the lit-up foreground taken with a low ISO too in a full moon. All the details are there! I hope you appreciate the capture as much as I do!