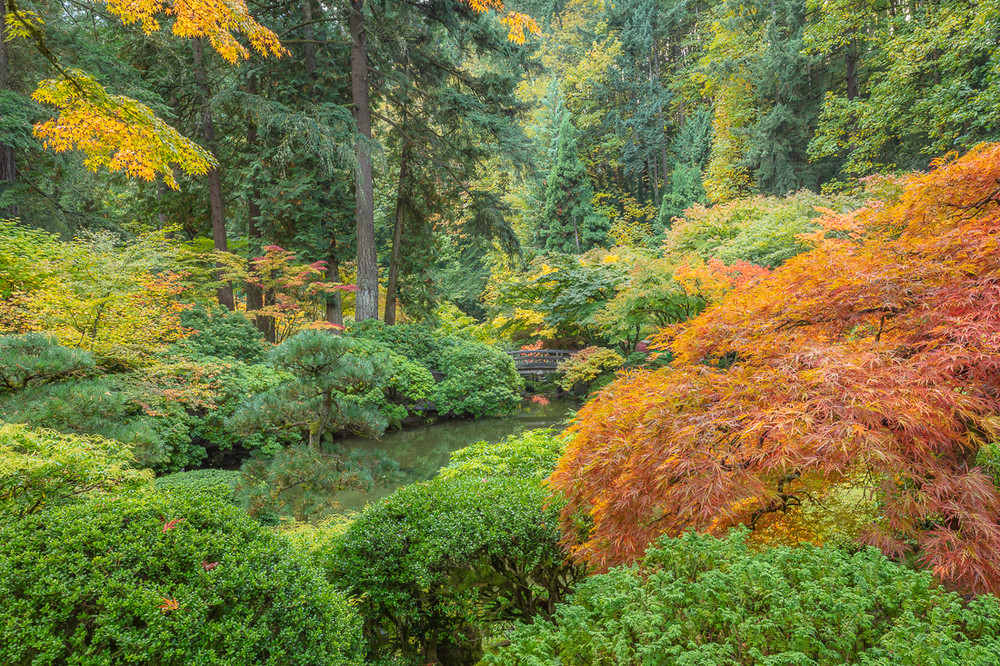 I had heard about and seen versions of this capture for years, maybe decades. So in this case, I did not discover this image. But I was sure that in late October, the autumn colors would be superb. And how true, the Japanese Gardens were on fire the last week of October. And there was a light overcast too, a rain stopped a few minutes earlier, the wet leaves were shimmering. By chance I met another photographer from the Bay Area at the gate, we had the same idea in mind. And he was originally from Japan! We had the afternoon alone in this spot too. An employee from the Garden mentioned you were allowed only 15 minutes on the weekend! I made many captures of this superb spot, its really a small shooting area, maybe the camera positions are about 5 to 8 feet apart. Every one of them is great, but I preferred a wider angle viewpoint. This decision let me use my very widest lens too, a Canon 16-35L, version 3. It is an incredible lens!