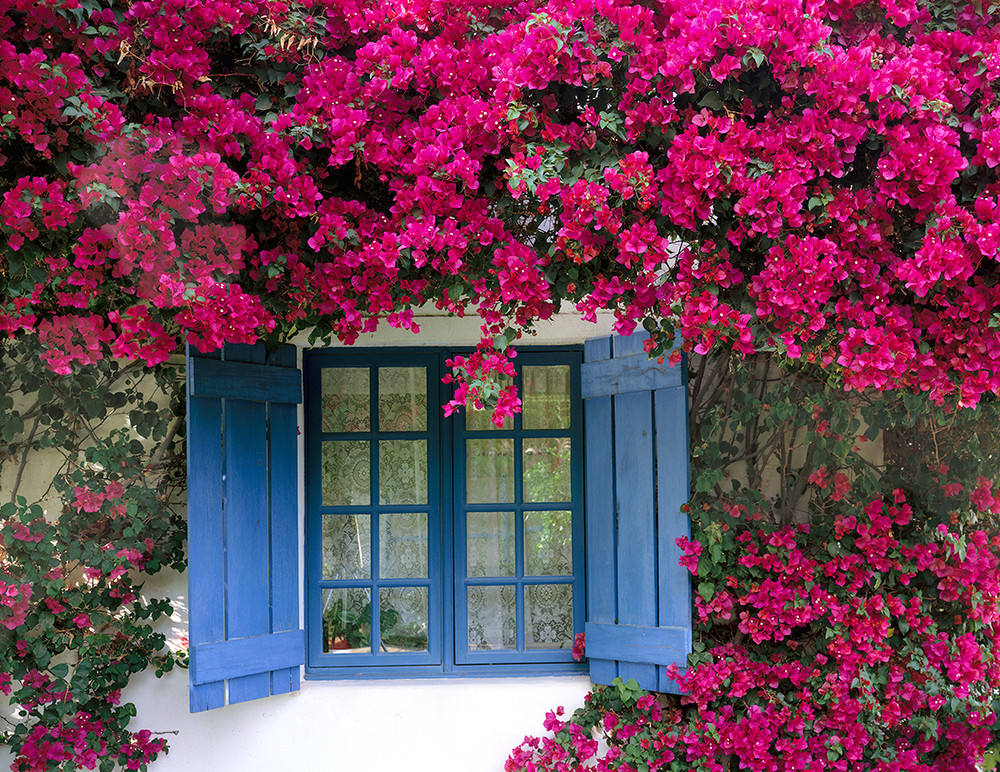 This image was the last in a series of images I made at this beautifully manicured hotel in La Quinta, California. A striking combination of bougainvillea and blue shutters is found throughout the grounds. This image was made in the late afternoon when the light had just left the flowers. I had a bright white wall behind me, which bounced light straight into the scene, avoiding deep shadows (the secret to many indoor or outdoor flower scenes). Over the years I’ve spent many a day at this hotel scouting and shooting. . One afternoon, I pulled my son around on his skateboard for hours making a list of all of the most promising locations. I also had a map of the hotel, which I used for years afterwards, having circled locations I’d scouted.