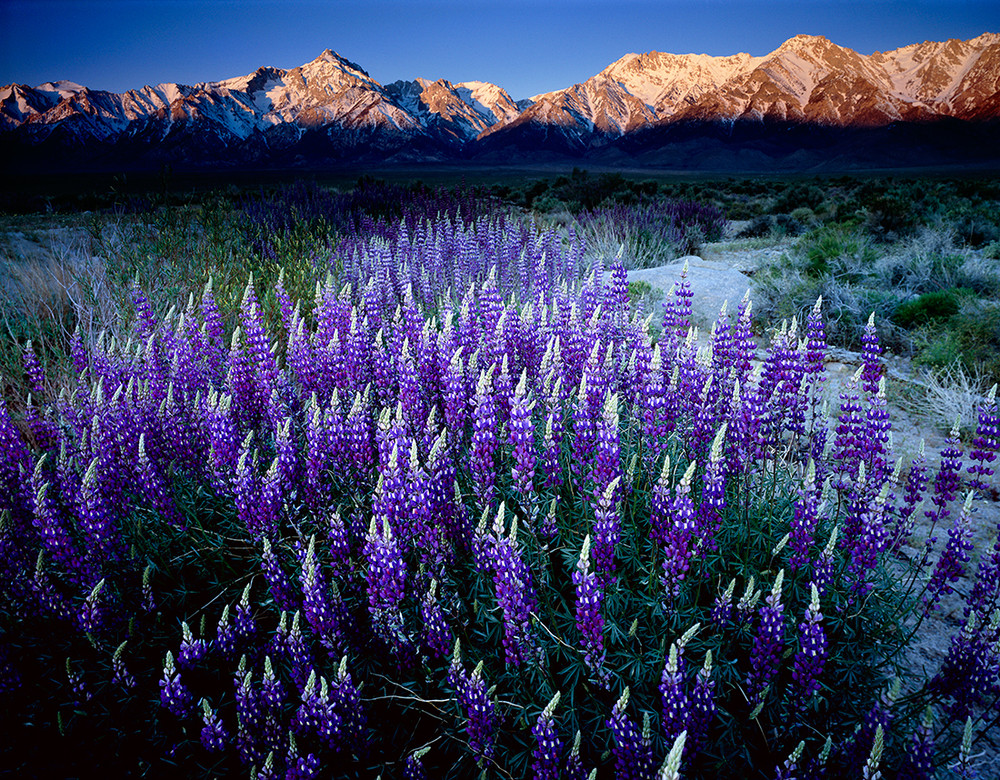 This image is the culmination of photographs taken in three different peak spring wildflower seasons. In 1998, I found this location below Mt. Williamson with these outstandingly large lupine bushes. This habitat is really quite rare in the Owens Valley. Lupine thrives in disturbed areas, usually in habitats that have suffered from aggressive fire fighting efforts. That first year and in 2003, I was unable to pull off the image in the little time available at dawn before one’s shadow is across the foreground. Finally, in late April of 2005, I made the long drive down from Mammoth the afternoon before. I set up my tripod in the exact location for dawn the following morning. Just when the light was right at dawn, the wind stopped blowing for a few moments and I exposed this wonderful image.