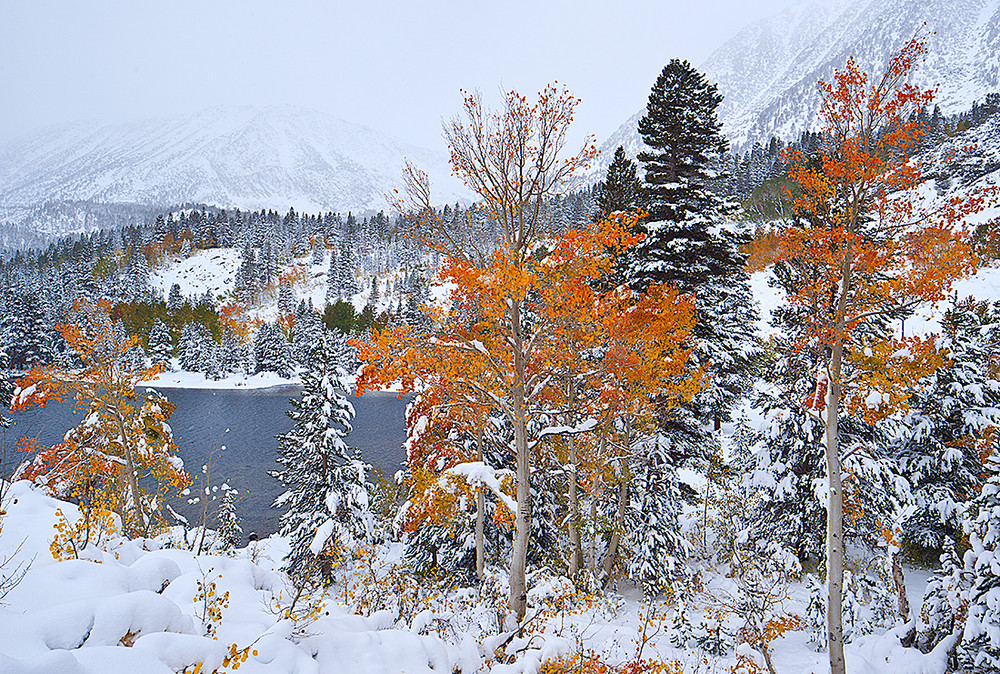 This image is just above Rock Creek Lakes Resort (home to the Pie in the Sky Cafe) here in the Eastern Sierra. I had worked this location a few times before, and made a wonderful image just after a rainfall in September of 2001. This year, 2011, we had an early heavy snowfall in the mountains. I was sure that this setup would work, and that I’d be able to retreat to the store when I inevitably became wet and cold! Even so, I had no idea that the snow and autumn aspen would be so perfect together. The weather was so calm that I was even able to make a horizontal panoramic image, a method of using five vertical captures to seam into a single panoramic later on. The final print here is amazingly sharp. I doubt that I could have done better with my old 4x5, which is encouraging as I continue to switch to digital cameras!

Walking in the Magic Aspens of Rock Creek