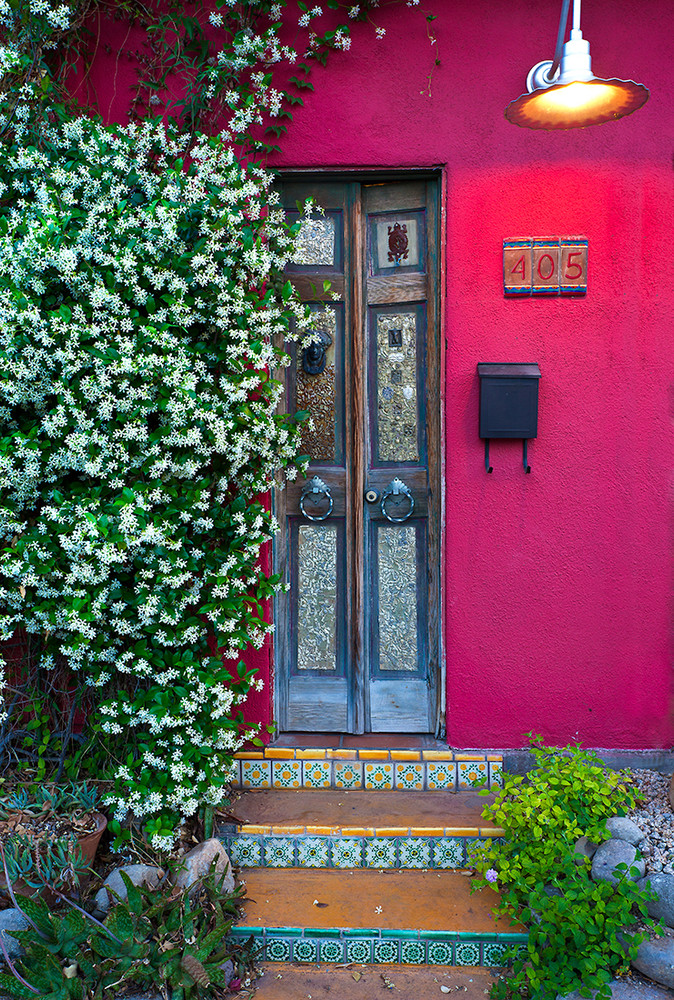 This is another image with the digital Canon that is just amazing. It is so sharp and so detailed that I doubt my 4x5 could have done any better. For years, I had been aware this doorway was somewhere in downtown Tucson. It was a popular subject at the high-end art shows, so I can not say that I "discovered" this one! Nevertheless, I did not know exactly where this door was located. My daughter and I drove to downtown Tucson and spent several hours looking for it. We asked people on the streets, the police, and even the postman, but it still took us quite a while to find where this amazing door was located; no one really knew where it was. Eventually Sabrina spotted it down a side street hidden in old town Tucson! We spent an hour photographing the door just after the sun passed to the west, but after returning later just before dusk, I realized this late light was the best.

Dusk over the Palisades