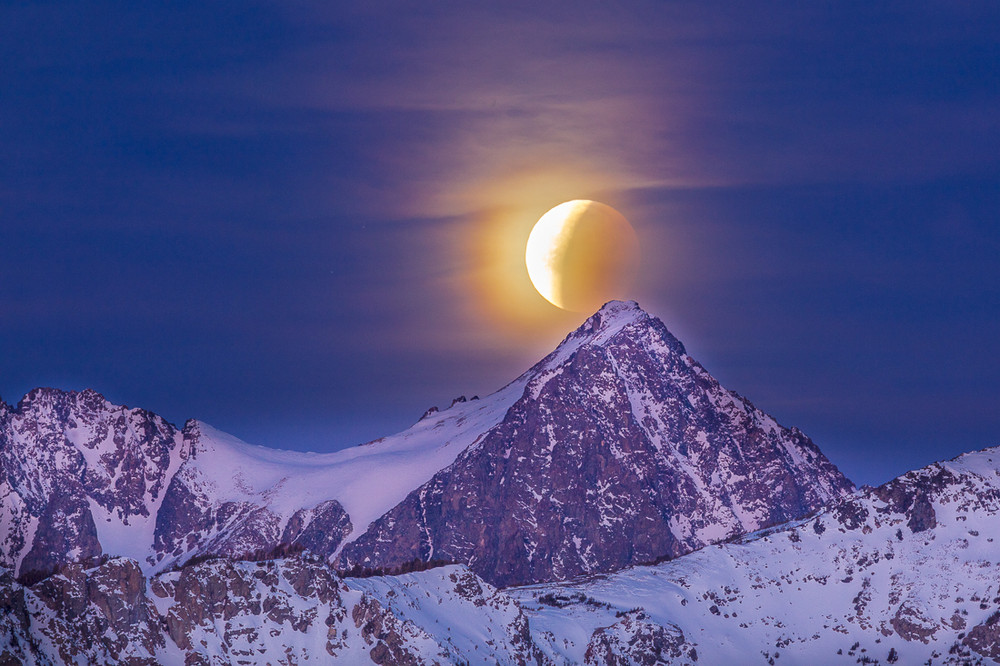 "Don't do a mess-up, Dad". That was a quote from my son, Dylan, way back in 1996, while we were working on an image that would become an important image in my portfolio, "Cathedral Peak Alpenglow". My wife, Margaret, and Dylan's partner, Dahlia were both with us today too. Later in the Gallery he mentioned that he wished to utter those exact words once again, the scene before us was truly a "once-in-a-lifetime image". But he was wisely silent this time. I must admit that I was not nearly "mindful" enough this morning. The shooting window on this capture was about thirty seconds. Once again I was equipped with an unfamiliar Canon 400mm telephoto lens. I have been a more traditional photographer (with much shorter 4x5 lenses used in daylight) over the years, and I do not have nearly the practical experience with night shooting. The tableau before us was astonishing. "Dawn, Lunar Eclipse of the Super Moon, over Mount Ritter" will not be seen again by my lifetime.

Panoramic - Dawn over the Ritter Rangw

Dawn over the Ritter Range