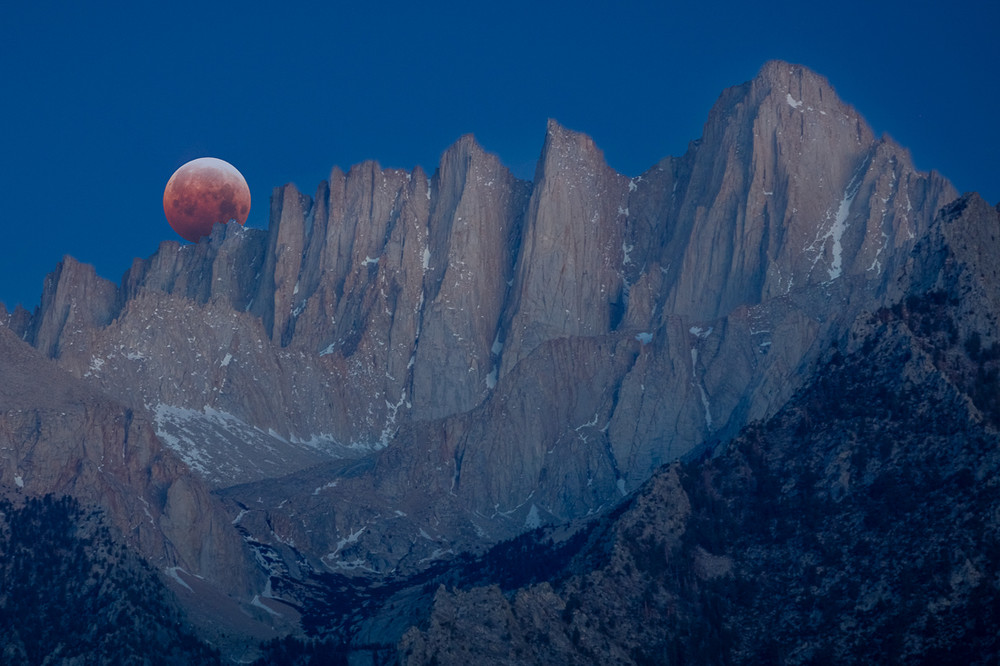 While the West Coast was deep in slumber, the heavens produced a wonderful extravaganza in the skies. The eclipse began at about 3AM, and was gone by 415AM. I had a Gatorade bottle full of coffee, and was really prepared for this shoot. There is a panoramic made earlier too. But I must admit I was baffled by how to expose this image. One really needs to have about a one second exposure to stop the motion in the moon. And the scene was WAY too dark and contrasty, for such a short exposure. I had only seconds to make the image. I made two exposures and combined them later here in the Gallery. It was a beautiful night, I saw the eclipse, and then went back to bed at the Dow Villa in Lone Pine.