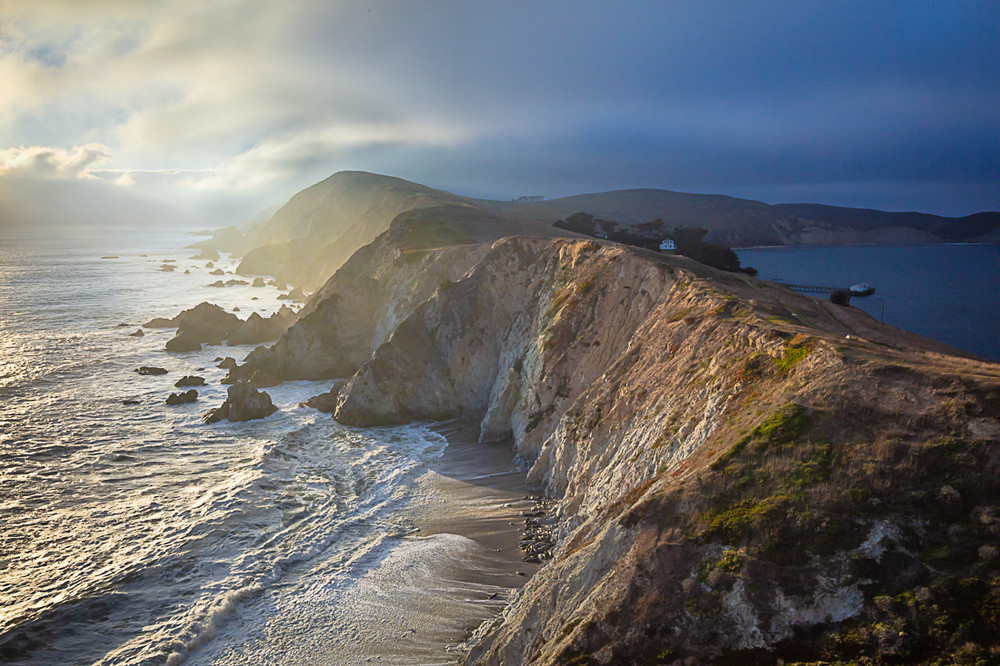 This image was made during my fourth visit to Point Reyes National Seashore this year. Point Reyes is in the San Francisco Bay area, in western Marin County. It’s almost always cold on the coast here—even the sea lions bunch together in the afternoon sun. Thanks to wise preservation policies in the early seventies, the entire area has been preserved for generations to follow. President Nixon even encouraged the bill in Congress, and then signed the final version. The entire western part of Marin County is worthy of National Park recognition. We spent a week in the area biking and hiking each day, and then I went out with my camera in the late afternoons. It has taken me years to truly begin to understand the endless fog and changing light in Point Reyes. This image was my third visit to the Lighthouse area of the park. There was fog most of the drive, and then a glimmer of sunshine; at the turnout for this location, I had hope. But after a brief walk to the shooting spot I realized there was potential for a truly great capture. I worked furiously for a few minutes, and then the fog rolled back over the landscape. I wondered on the way back to the car—and my wife, Margaret who stayed behind because of the cold conditions—did I see what I thought I saw? There was a huge contrast range in the subject, the review screen was pretty much dark in ALL areas except the ocean. I stopped down more than 3 stops, and wondered, was the shutter speed correct for the waves? Did I make the exposure correctly? Did I know my camera well enough? Yesterday in Lightroom I was astonished by this image, with only a few corrections to make in the shadows. I hope you are as taken by this capture as much as I am.