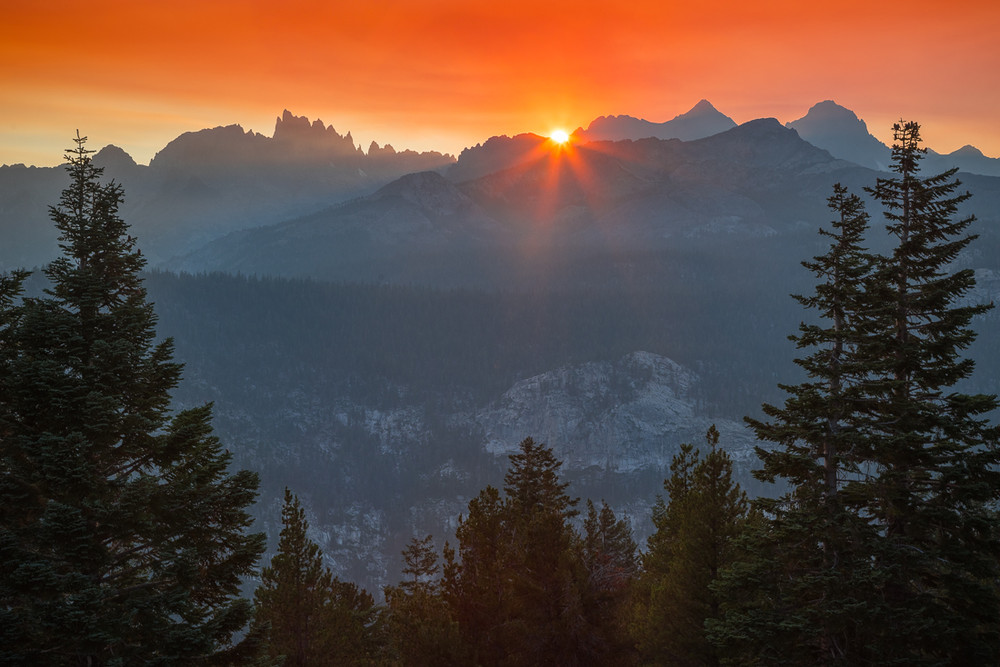 I can't even begin to say how many times I have stopped at Minaret Vista over the years. Winter, Summer, Autumn! I made this image in the smokey August of 2015. The six weeks in this timeframe were one of the worst air pollution alerts of my career here in Mammoth. That being said, smoke can make wonderful photographs. The contrast of scenes like this one is much reduced, allowing me to shoot directly into the sun while maintaining detail throughout the scene. This capture is one of few instances that I used HDR techniques to make the final print. I made four captures, one for the shadows, and up to one for the highlights, and then let Lightroom CC put them together. I like subtle use of HDR, not the wild scenes which we have all seen in the magazines.

Lingering Sunset on the Minarets

Alpenglow and the Minarets, Lake Ediza