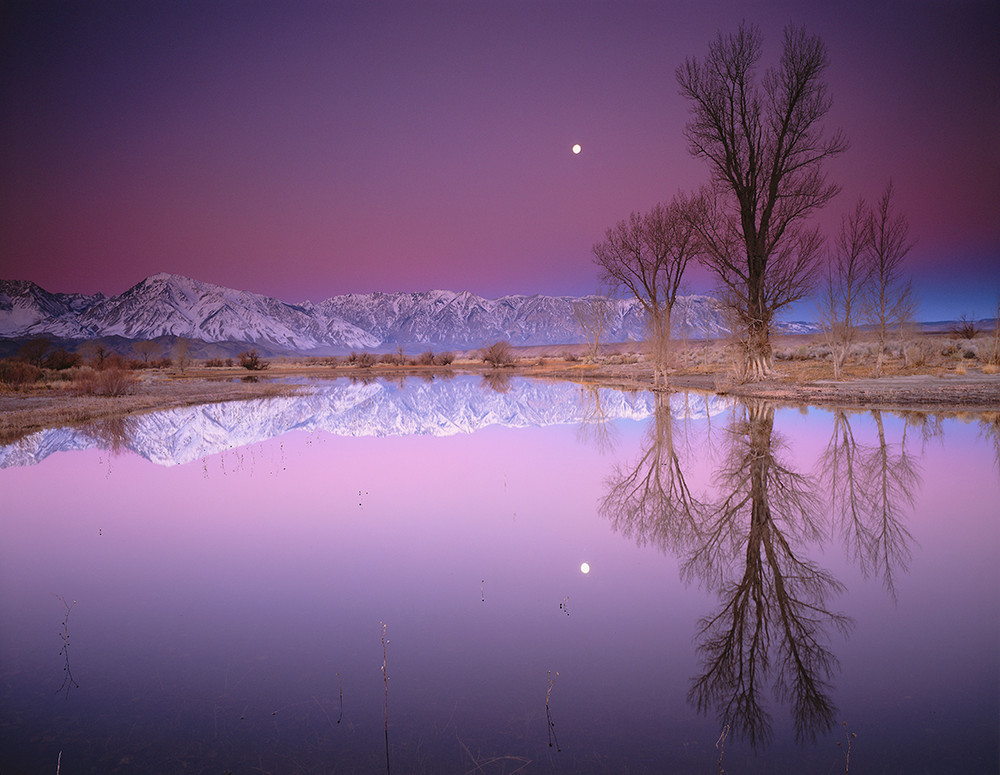 In February, 2001, Galen Rowell and I were glancing through his old slides when he says “Gees, I did this in 1970! Where is this place?” He recalled it as Farmer’s Pond, just outside of Bishop, and we made plans to ski and then visit it. After skiing, he remembered he had planned a Valentine dinner with Barbara, so we bailed on the pond. I visited over the next two years, looking for something different than what Galen had produced. In January, 2003, for the first time in 14 years, Margaret and I slipped out while the children slept. We drove to the pond for moonset at sunrise. The key thing here was to position the camera anticipating the brief pre-dawn glow and the moon’s changing position in the image. I set up fast making three exposures before the moon went behind a tree.

Sunrise along the Acadia Coast

Morning at the Estabrook Pond