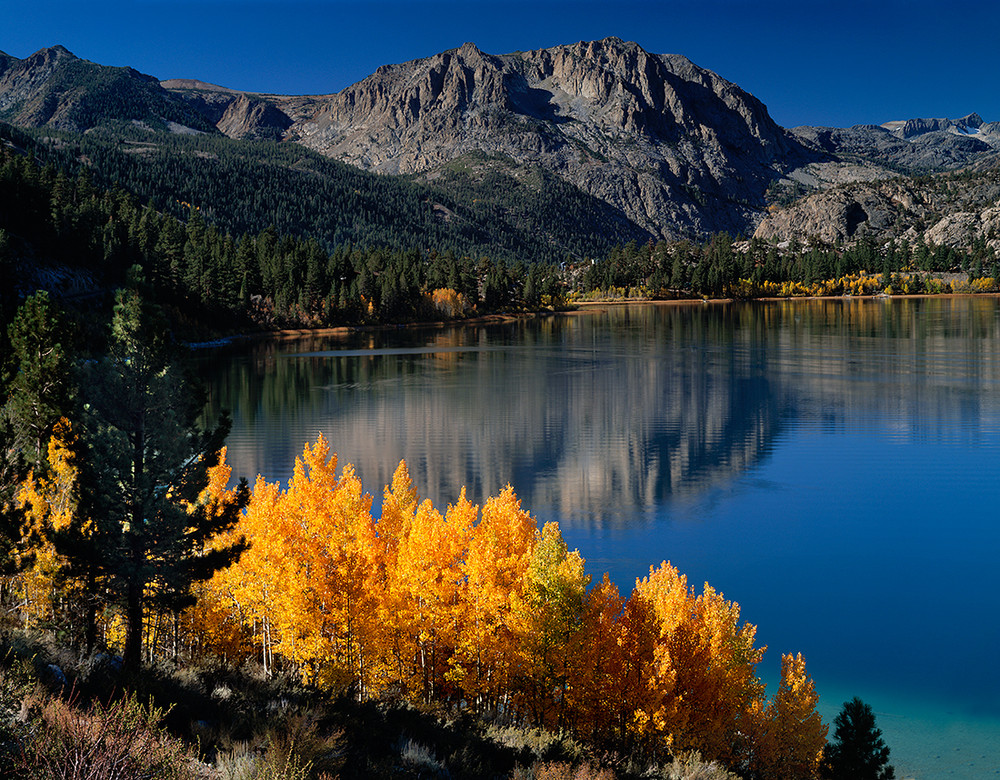 Eventually, this image was deceptively simple; however, it proved elusive in several earlier attempts: dawn, first snow, “just before the aspens lit up”. My “ah hah” moment happened in the fall of 2001 and I filed the memory away. After shooting at Silver Lake in 2001, I drove back to this spot and found the trees sunlit - the obvious missing ingredient! One typically thinks of those few minutes around dawn and dusk as the best light; however, the best light turned out to be at about 10:00 a.m. - long after photographers’ hours. With the sun rising far to the south behind a large string of hills, it takes a long time for these foreground aspen catch the sun’s first rays. The photograph was over for that day, and three years would pass before I would return to capture this “10 a.m.” light. (Shot with a slight telephoto)