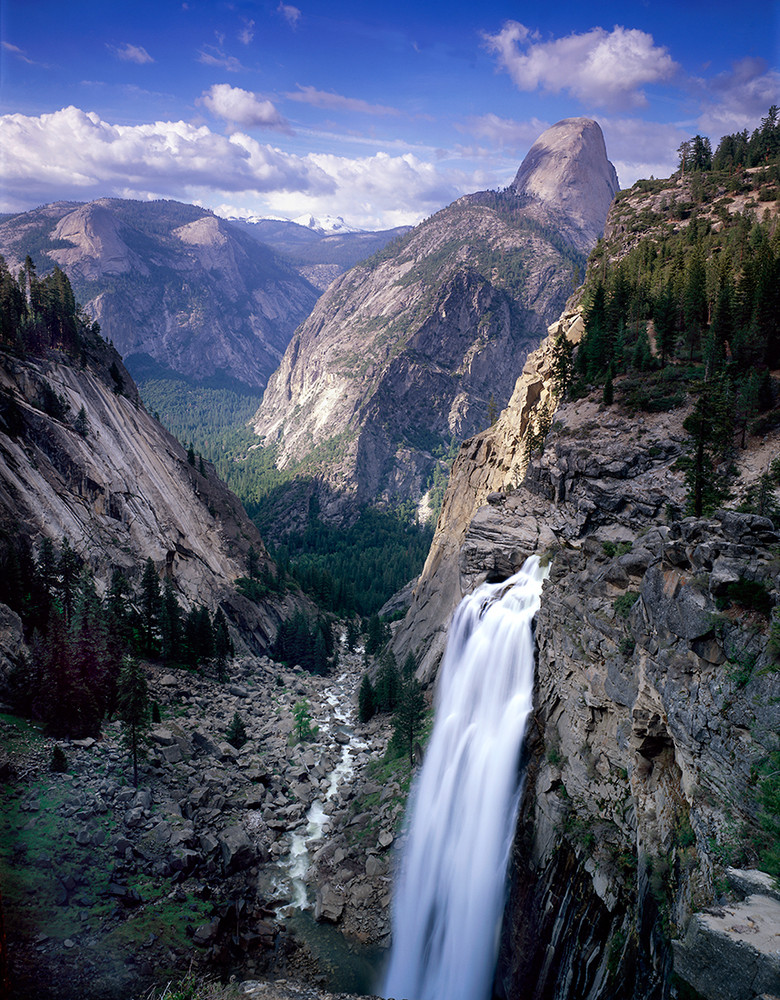 Half Dome and Illilouette Falls

In 1977, I hiked to the base of Illilouette Falls. The image of the falls pouring into its own deep canyon made an impression that has lured a return ever since, and I knew I would have to come back to this enchanting place. In early summer in 2008, it was time. On a hunch, I decided to take a close look from the top of the falls before going to the bottom. The trail in this area is routed far back from the edge. The perch I spotted to shoot from was precarious to reach, even with my extensive climbing background – an overhang of rotten rock upon which to set up my tripod and camera. Setting up atop was followed by the alarming prospect of maneuvering around the camera and tripod, working and changing film, with such unnerving high exposure! Later I saw that the perch was undercut by a good 50 feet! I was lucky to manage good results on my first attempt at this staggering view which leads down Illilouette Canyon and on to the magnificent Half Dome.

Half Dome and the Night Sky