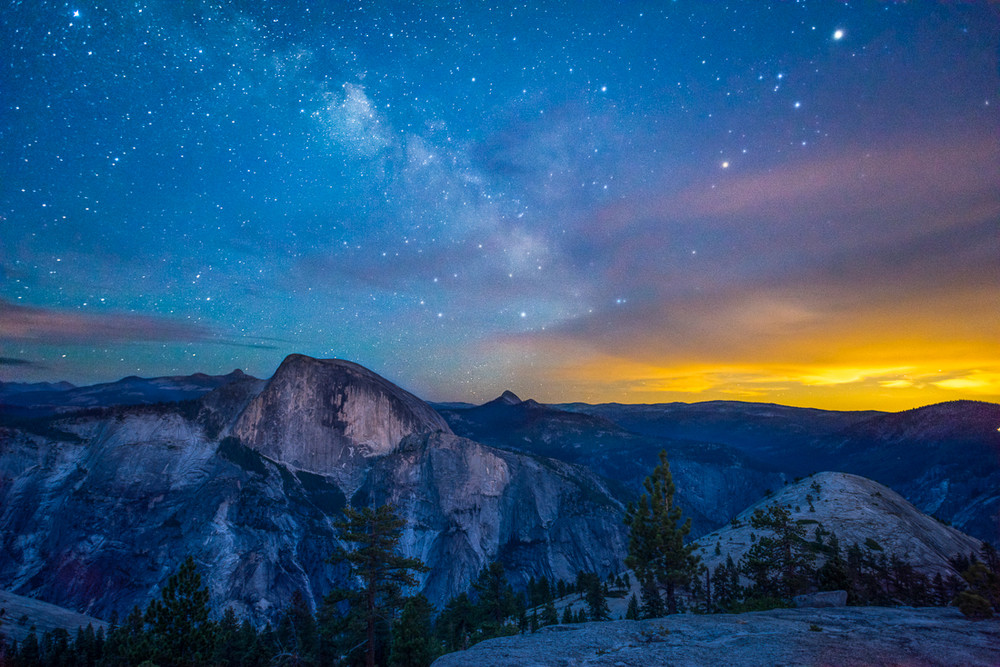 Half Dome and the Night Sky

I have made many trips out to North Dome to photograph Half Dome. My daughter, Sabrina and I have tried in the winter, and twice with the rising full moon. Neither of those concepts has worked out so far. July of 2015 afforded an opportunity to try again. As I packed my camera bag for the trip, my phone rang with a young family from San Diego. They have attended several workshops; their children have never spent much time in the Sierra. I was happy to invite them along! They went on to North Dome while I scouted my pre-selected location. I made several captures in the gathering darkness and then waited for the Milky Way. Somewhere in this time-frame I realized the Milky Way was not rising where I had envisioned, and clouds were gathering overhead. I have learned to press ahead though, ones ideas seldom work out as planned. In this situation I was very pleased with the Milky Way and clouds. I chose the best capture and combined it with the best exposure made in the last light of day.

Half Dome and Illilouette Falls