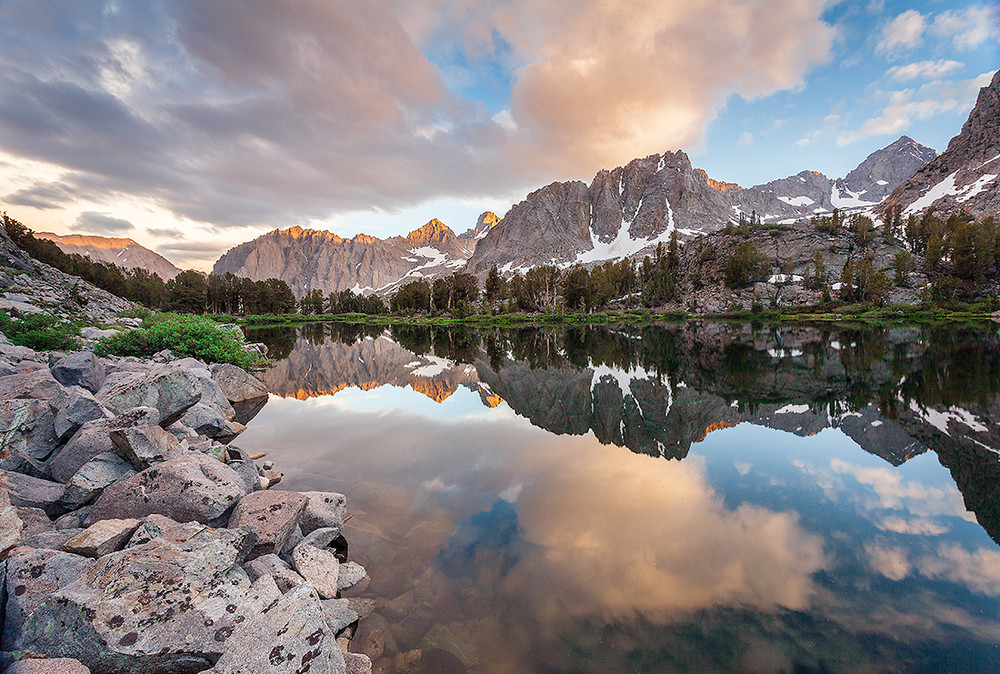 Summer Storm over the Palisades

I made this image during a summer workshop in July of 2011. We started out with perfect weather and I made the image "Dawn - Temple Crag and The Palisades" on the first morning. But later in the week the clouds and storms built up, due to the moisture from the Gulf of California creeping into the Sierra. And with rainfall came massive bouts with mosquitos. The winter and spring of 2010 - 2011 had already had amazing snowfall, and the warm wet days made the "bugs" even worse! After the showers on this afternoon, I took part of the group back to Sixth Lake. In between battling the mosquitos we made many amazing images. This one was the best for me. I am surprised that there are not mosquitos showing in the photograph!

Dusk over the Palisades

Dawn - Temple Crag and the Palisades