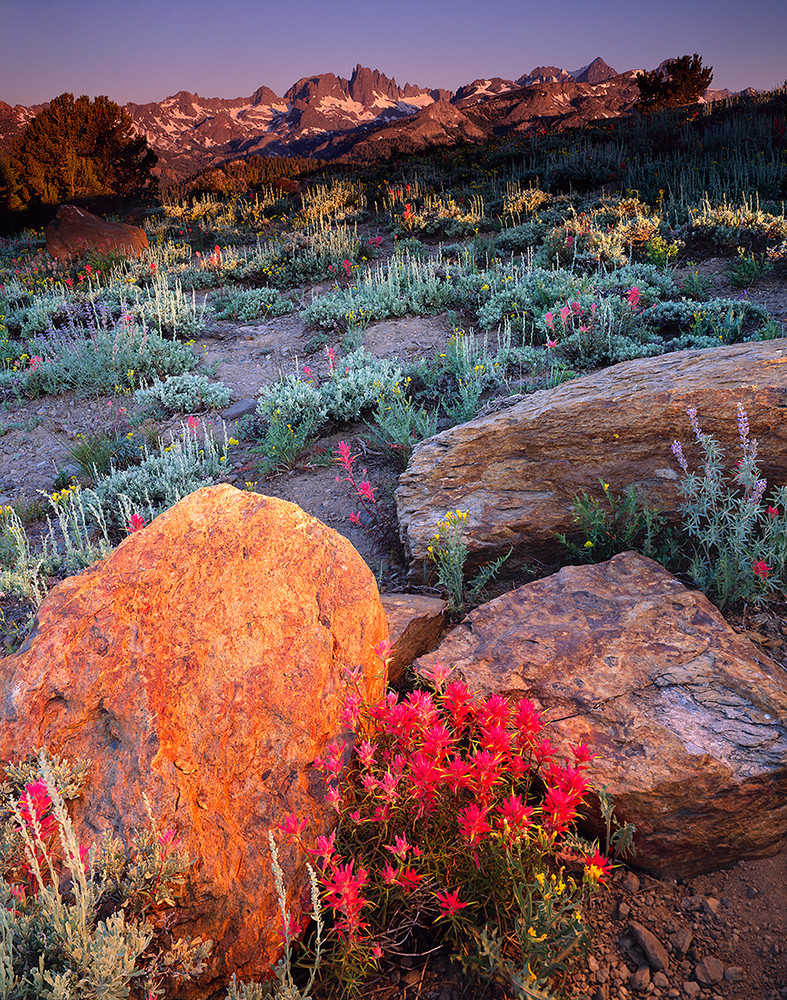 Indian Paintbrush with Mount Ritter and the Minarets

I had scouted this idea for years just above Mammoth Mountain and never found the right look. The winter of 2004 and 2005 was a big snow year and led to some great flowers all over the range. Finally, I made the time to look at Minaret Vista parking area just a mile past the Main Lodge at Mammoth. This image was done at dawn just a few steps from the car. We used a reflector to light up the nearby Paintbrush since the flowers were in deep shade early in the morning. I also used a three-stop split neutral density filter to balance the difference in the dawn light between the distant peaks and the deep shadows in the foreground.