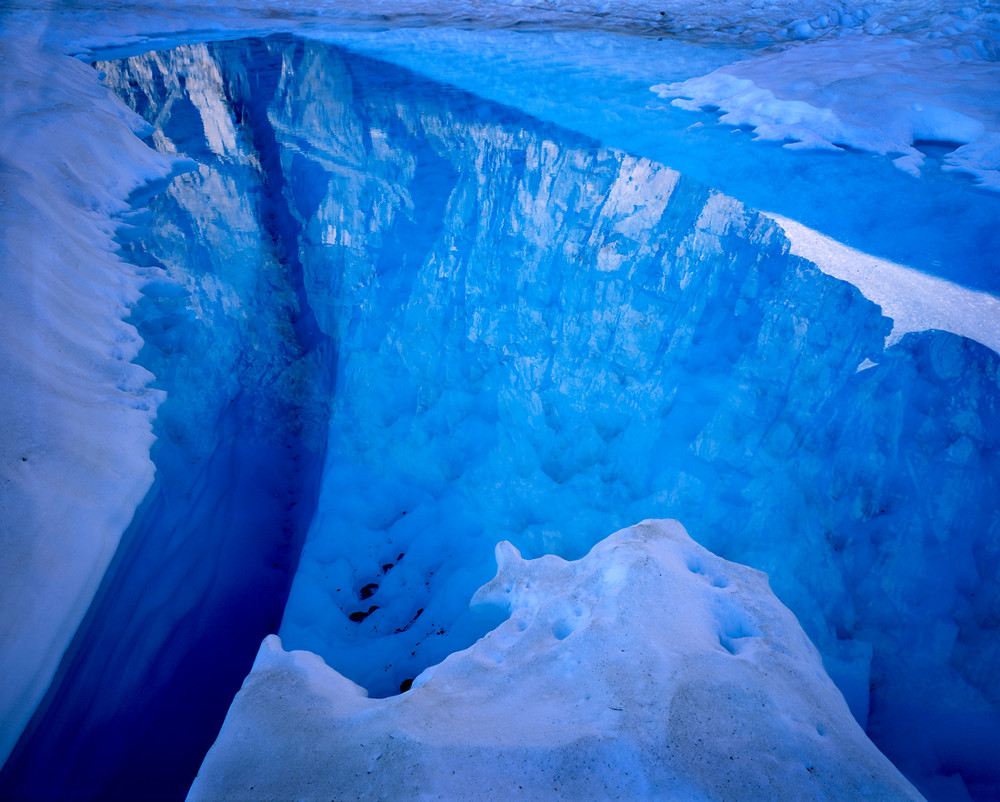 Upper Ritter Lake and the "Crack"

Ritter Lakes are on the hidden western side of Mt. Ritter deep in the Ansel Adams Wilderness. They are remote, cold, and inhospitable. By 2005, my 16-year-old son was ready for the hardest Sierra terrain. We selected an especially difficult access route: a col between Mt. Ritter and its remote Western Summit. Leaving Ediza around 9 a.m., this approach involved steep snow climbing using the “ten-finger” ice-ax, to a deep icy chimney followed by unroped fifth-class climbing. The route upward appeared impossible from below, and Dylan fondly named it “Pass-My-Ass” Pass. Exhausted, we collapsed a little farther along at around 4 p.m. and I went to scout. This highest of four Ritter Lakes was still mostly frozen by mid-August. Shooting time: moments after the sun had set on the lake.