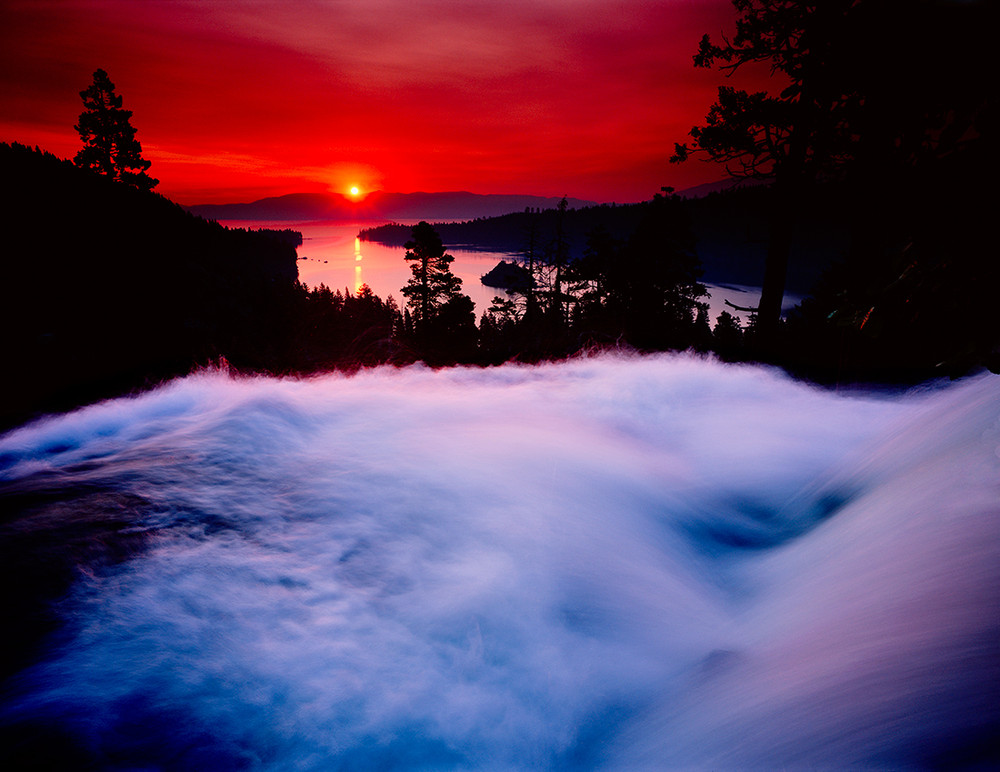 This was one of several magic moments during my seven-week-long visit to Lake Tahoe in the summer of 2006. Often photographed, Eagle Falls overlooking Emerald Bay is a truly spectacular spot along the southwest shore of the lake. I wanted something different, and scouted a location where I hoped smoke plumes from a fire near Carson City to the east would paint the dawn sky with a wonderful orange pallette. I set up the afternoon before with my 75mm lens and a 3-stop neutral density filter, focusing in advance while I had ample light. I moved my camera, still attached to the tripod, very carefully into the car. The next morning I arrived long before dawn. At 5:57A.M., when the sun popped over the eastern horizon, the light on the moving water of the falls and the still surface of the bay brought that fiery color I had hoped for.

Dawn - Autumn Snowfall at Lake Ediza and the Minarets