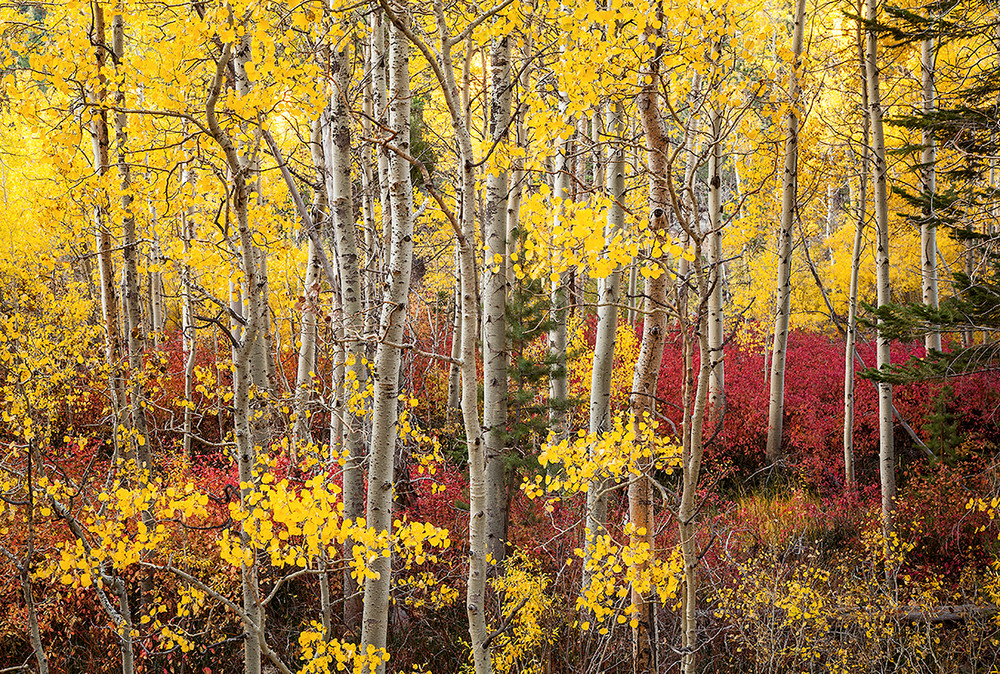 The colors of autumn 2012 came late, and in some locations never really happened. The dry winter of 2011 - 2012 may have been to blame. But later in the season, and farther north in the Eastern Sierra there were some amazing locations to be found. These aspens were in lower Lee Vining Creek, several miles below the head of the canyon. I first tried to photograph this particular grove in 1988! It took all these years to finally "realize, or maybe a better word is, to make" this image, to get a "feel" for the right light, and to "recognize" when the timing was correct. These particular trees, and the tight composition immediately stood out in 2012. I made this image on October 31, very, very late in the year for changing aspens at about 8'000 feet.

Hidden Cabin in the Aspens