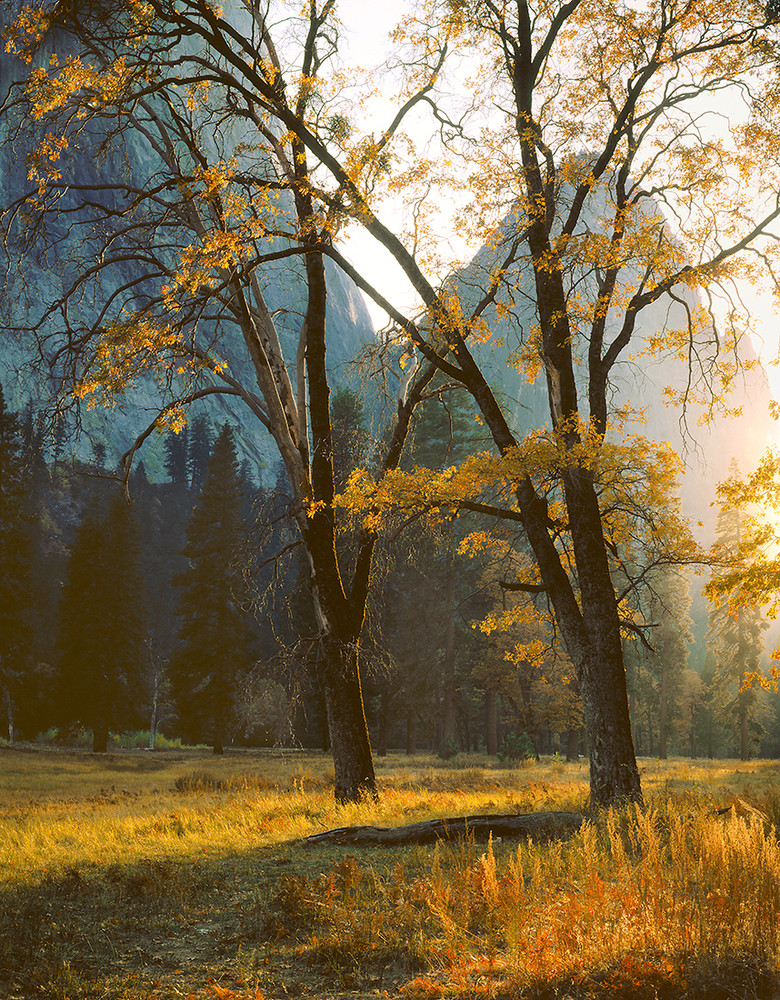 This was the first important image of my career, taken in 1981.  In those days I was still a drywall taper and hadn’t yet made any serious money as a photographer—I was at the beginning of what would become a long career—and Margaret and I had only been married one year.  As of this past Thursday, we’ve made it to 38.  It took three days to get this image due to lack of skill and bad light, and I didn’t know much about using a large-format camera.  It was shot on Ektachroma 64 film, ten years before Velvia even came out, and it had a blue-cast to it in shady situations.  It took me 11 years in the digital age—beginning in 1999 with Photoshop and scanned images—to realize a final print from it.  I began releasing digital prints in 2000, though I didn’t switch to a digital camera until 2010.  In 1981 I still had to chase people out of the meadow for a shot like this.  Now, of course, we have Photoshop and Lightroom technologies to remove “extraneous elements.”  I would never bother chasing people away now, and I very much prefer to leave people to enjoy the experience, without some photographer asking them to move.

A Meadow in the Silver Divide

Afternoon in the Meadows