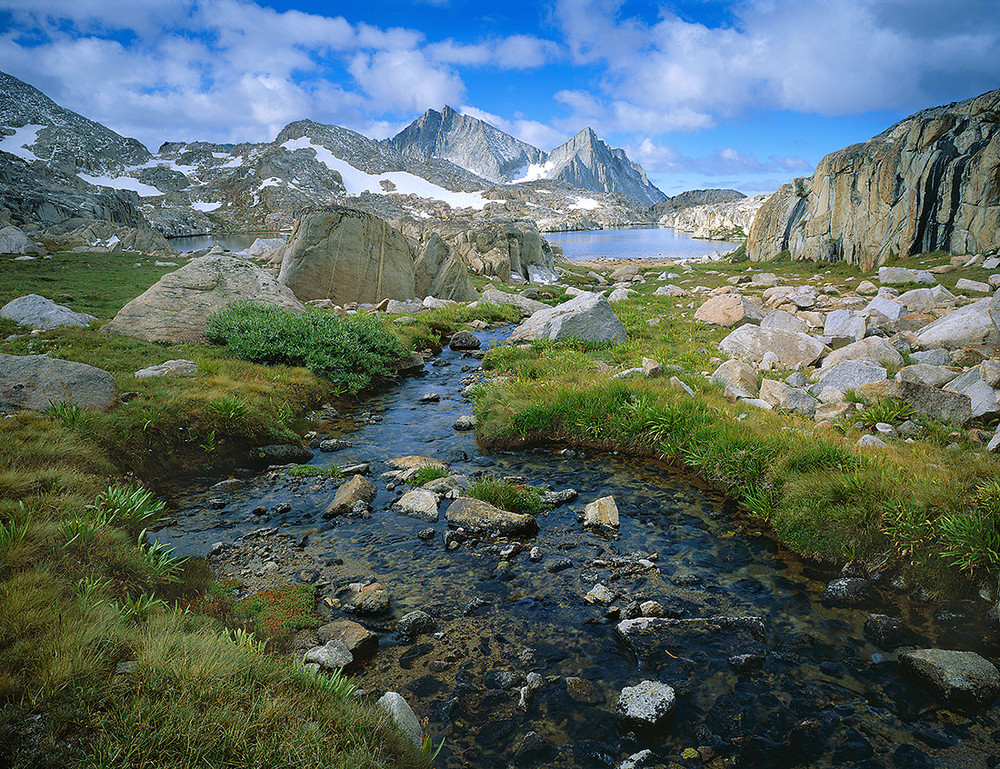 A father now, this was my first trip in years solely devoted to photographing the High Sierra, and I was on my own for four days. Hiking out of Pine Creek, I headed over Italy Pass. I had visited Big Bear Lake in 1981 and knew of its potential. At that time, I had only a 35mm camera with me. With my 4x5 camera on this trip, the conditions were incredible! I camped here on the second day and scouted locations. It snowed a few inches each day, so I set up early the next morning hoping to catch the fresh snow on the scene. As it turned out, the better image transpired later in the day as the snow melted and revealed the bright green of the wet grasses. The cloud cover put the foreground in the shade while the peaks in the background received ample direct light.